Healing from the trauma of the Las Vegas tragedy 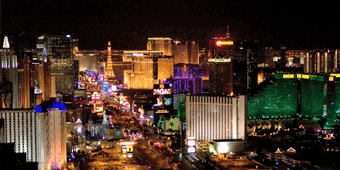 HILADELPHIA (WTXF) – The mass shooting in Las Vegas has the world shaken to their core. The victims, Good Samaritans helping the victims and first responders are all affected by the horrifying situation.

We are, in fact, all affected in some way, whether we realize it or not. Whether one was there or lost somebody or one just keeps watching in disbelief as it all unfolds on television and online.

Murrell Sailers, a victim in Sunday’s shooting, said this about what he saw, “You could just hear the rounds almost like creeping up on you – cha cha cha – and it feels like they’re just…it’s like hunting you down. You could hear them coming closer and you’re like, you’ve gotta move. Let’s go.”

Nicole Sailers recalls her experience this way, “Like you don’t prepare for it. You just fight or flight.”

Another woman who was there said, “I just kept thinking, like, we need to get home to our kids.”

Unimaginable survivor stories are gut-wrenching. They see and hear. But, Drexel University Family Therapist Argie Allen says they and their loved ones are not the only ones suffering permanent emotional damage.

“And, while there is healing, then there is a transformation. We can assume that these people will never be what they were,” says Allen.

She says neither will the Good Samaritans who saved lives. First responders, even reporters, doctors and nurses.

Trauma surgeon J. Coates says, “You keep walking from bed to bed. It’s a process of triage. Who’s the most injured? Who’s dying the fastest? And trying to get those patients into an operating room to take care of that.”

“They are also going to be experiencing vicarious trauma. They’re going to need healing and support, too,” says Allen.

But how do we all get through denial, anger, self-blame and depression to a place where a person can move on?

But, what do you tell your children – now – while you’re working on yourself?

Allen says, “If you can’t help them because you’re not emotionally well enough to do that, than find someone who is. Create a safe environment. Ask them open-ended questions and allow them to answer. Don’t ever assume that they don’t know.”