What’s Next in the Era of Me Too and Time’s Up? #Time2Thrive 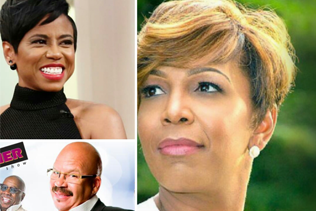 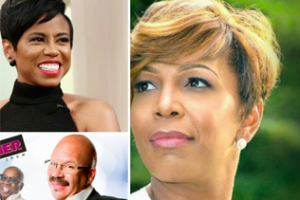 It you are a survivor like myself, we must be patient, kind, empathic and gracious with ourselves. We should all remember that it takes courage to speak up, but it also takes courage not to speak up because sometime our very lives could be as stake for speaking up. Sometimes this kind of assault to the very depth of our dignity and humanity disrupts our mind, body & spirit so much that we go into protective mode to take care of the very being within ourselves that has been injured. We often feel that the only way to protect ourselves is to be silent and not give voice to the traumatic event as if it never happen. Somehow, survivors of sexual abuse, assault and/or harassment encourage themselves to believe that if they don’t speak of the event(s), than those events will disappear into the atmosphere and cease to exist. Unfortunately, this kind of interruption to our humanity does not disappear easily, if at all. While not speaking up or speaking out can hurt our psychological well-being in the long run, in the immediate time (i.e. possibly years) after the traumatic event, we may feel that speaking up will cause more injury.

In the end, those who have been violated must be patient, empathic and gracious enough to understand that there is no shame in either decision, to speak or not to speak. Why? Because the person who has been victimized is not at fault for being injured by a perpetrator who violated the dignity of their human rights. Further, the emotion of guilt and shame are often the biggest barriers to healing. They are such powerful emotions that can keep us in perpetual state of “playing the blame game”, often keeping us stuck in a holding pattern of emotional paralysis. This state of being is not a healthy way to live.

That said, there is always hope…survivors and allies are now co-creating a culture where those who seek to assault, abuse, harass or violate another human being anywhere, are being called out by movement of brave women and men who simply have had enough. Most ground swell tipping point movements happen when enough people say; they have had “Enough”!!! We are now in the era of #METOO and Times Up. These movements seek to bring justice to those who have been intimidated, injured and silenced for far too long. This gives us much hope for the next generation of women and men who we pray will not have to endure the experience of pain and trauma of someone violating them for no other reason, but because they can. But what about those who are still struggling with silence or those that now have to deal with the fall out of their decisions to speak up? Here are some questions and issues to think about if you are a survivor that is struggling with your voice.

Why did we never say anything in the first place?  – Paralyzing emotions like, “Fear, Shame, Blame, Guilt, Embarrassment, Intimidation as well as Cultural Norms can often be agents perpetuating our silence. Pay attention to these emotions and try developing an intimate relationship with them to garnish a deeper understanding as well as not allowing the emotions to control you.

Should we say something now?  – It’s a personal decision to speak up or stay silent – No one can tell a survivor how to feel or what they should do because the experience is personal and unique to the survivor. They must come to that decision for themselves but I would recommend that they seek professional support from a therapist, spiritual advisor or trusted confidant so they are not going through the process alone.

How do we resolve feelings of anger, regret, envy (of women who did speak out), etc.  – Resolving and reconciling the roller coaster of feelings and emotions is a process that takes time. Anger, resentment, regret and envy or powerful emotions often causing survivors to become secondary perpetrators by blaming and shaming themselves as oppose to the real perpetrator. Each survivor will have a different process and while some characteristics may be very similar, the pathway to healing may be very different.

How do we resolve all of these feelings? For many women, they may have thought this issue was buried so deeply that it would disappear, but like any kind of trauma, it is a continual process of healing that requires on-going attention whether you choose to speak up or stay silent. One of the key pathways to resolving these emotions for any survivor is “FORGIVENSS” which is also a process that sometimes take years but is so worth it because it’s really about your own FREEDOM!!!

Other pathways towards healing are

So back to the question of “What’s Next”? This question speaks to the very heart of why so many women stayed silent for so long. Whether consciously or unconsciously, many of these women were governed by a prison of their own fear, guilt, embarrassment and shame for a moral or unlawful crime that they did not commit. Often feeling that they would not be believed and that they would be blamed and accused of it being their fault. Fear of having to face questions like why they waited too long or what they may have done to cause the violation certainly has not helped survivors to speak up. But now we no longer have to suffer in silence alone; we have a movement that is willing stand in solidarity with us.  So What’s Next?

After #MeToo and #TimesUp, those impacted and affected by sexual assault, harassment and/or abuse can say, Enough. It is my belief that the most valuable thing that has come from these movements, is permission for the survivors to embark on a journey towards freedom that will allow them to not just survive but to say #Time2THRIVE!!!